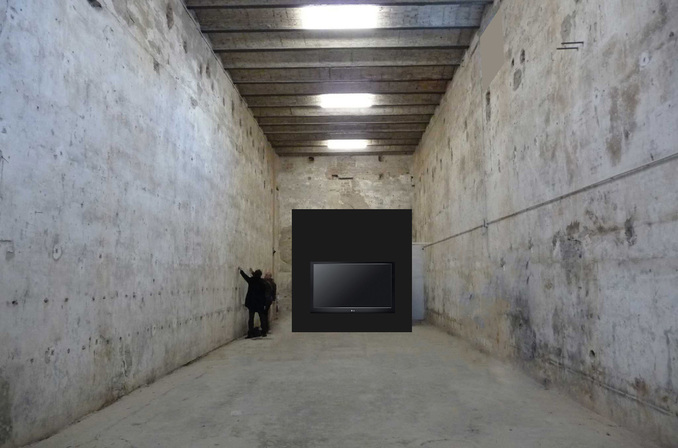 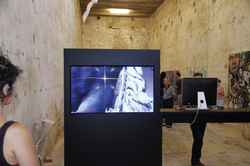 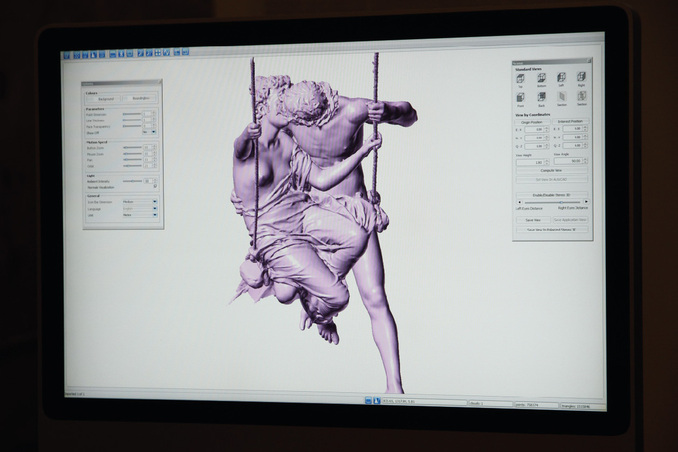 The Genome is the chromosome complement  contained in a cell's organism.
The Genome includes both the genes and the “DNA “ of each human being and , as such, it makes us potentially different from each other even if we all come from a single ancestor. In the same way Artists taking part  in Genome  are the “Genes” contained in the  exhibition space  and  have in themselves the “Chromosomes” from which stems the ideas of the exhibition process itself. Genome is the entirity of the artistic metamorphosis' space, actors and objectivity.
The artists of this exhibition, which curator Oriana Carrer together with its creator Virtualgeo Srl wanted in the context of the Venice Biennale, were selected in accordance with this same point of view, in order to hypothesise the invisible dialogue between Humanity and Technology, emotion and calculation, real and virtual world. The result is an unexpected mix of short startling dialectical circuits that make the viewer stand in front of a choice where borders are visible because of the diversity of the Media used to originate them, but where the flow of transmitted information alternates in an invisible way between the multiple subjective and objective diversities, creating in turn a self-sufficient micro-organism like in fact in the case of the cell itself.

The geolocation of the Genome


The exhibition concept is kept alive by the rising Geomatic Art as an experimentation of the 3D modelling location and its video graphics management.

Geomatic is a recently spread neologism which concerns  the various disciplines of territory and environment study and underlines the crucial role assumed today by information technology in the development of related activities. It is about the systemic integrated multi-disciplinary approach used to select the proper tools and techniques in order to continuously acquire (according to a metric and thematic way), integrate, process, analyze, archive and distribute georeferenced  spatial data in a digital format. In other words, man uses mathematics to understand hearth and its territories. This mechanism leads us to hypothesize that it is more a way of thinking and approaching to the earth than a single analysis tool. In this sense it is possible to delineate a far more extensive and detailed phenomenon, which also involves psychology, intelligence and creativity. For this reason, an artist will use the Geomatics technology means to produce digital works of art having an high technological content: Geomatic Art was consequently born.

The origins of the Geomatic Art

Geomatic art was born at the beginning of 2011 as a response to the increasingly high demand for innovation and new language experimentation in the contemporary Visual Art international system, countering the multimedia levelling of the last decade. This new trend is still confined to a small elite of NewMedia artists and expresses itself through the use of technologies usually used in very far areas from the artistic phenomenon, and draws its lifeblood right from the great proliferation of 3D downloadable models, from the internet and from the several social communities that have been formed in this specific area of 3D design. Geomatic Art is indeed too young to express the enormous potential that it promises, but certainly it will characterize an ephocal turning-point in the undisputed World Art, being characterized by highly interactive contents between the 3D model and the art performer. This comes also as a result of globalization contemporary politics both in  merely geographical terms and in terms of scientific unification when applied to the human development the world scientific community undertook today.  Only one science to answer many questions, it seems we have reached an important turning point of cultural innovation where all disciplines converge and join forces to achieve the excellence of language, in its total freedom of expression.