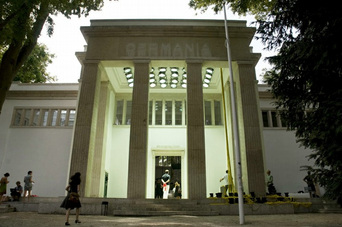 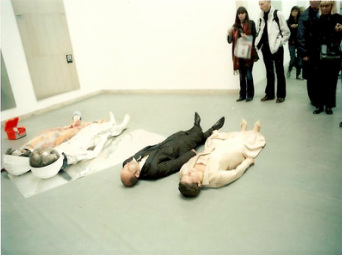 Hannah Arendt, a German philosopher, said that when people come together and talk, they create a "space of appearance" of tremendous active power in the public realm. This force is born from the human ability to agree with others on the need to act in concert. Hence, these spaces of appearance are spaces of communication, where citizens' interests, needs and strategies are shared. This intention can be evaluated as a way to posit a direct connection between the designers selected from history and the reestablished aesthetics. In this scenario, the introduction of the common acknowledgement serves to ground the narrative in the artist's intention in such a way that it makes the intimate bond between its presence and its referencing serve as an unassailable foundation for the projects being presented. And despite the use of different methods and approaches, this new generation all share qualities tha are often subordinated to this underlying narrative.

Stefano Mitrione, one of Italian-American's more controversial InterMedia Artist, brings a diversity of specific individual determinations, which appear to take place in a particular temporal and spatial relationship, to his work. Stefano Mitrione, and its patent subjectivism, is anchored in the significant role that the media plays in constructing and manipulating reality. As a result, he uses images of artistic events that appear in daily digestive methodologies such as the Web, recapturing those images in a totally different frame. In an age when we can effortlessly search informations at any given moment, who needs an old-fashioned memory? Cameras and lenses abound everywere - from surveillance equipment in banks to surreptitiously hidden devices in elevators. It seems that we no longer need to bother our brains to catalogue any of the events in our lives - the analog human memory is quickly becoming supplanted by technologically mediated data played back on the Web. The decady of grand narratives and ideologies, the loss of a meaningful social perspective, the impossibility of conceiving that the totality of the world is accompanied by an enormous concentration of fragmentary identities, and the internationalization and expansion of meaning enshrined in an unfathomable multitude of "small historicizations" of non-narrative constructs: Stefano Mitrione goes through these notions and brings out visual aspects of the activities from his surrounding. Stefano Mitrione's observations and artworks undoubtedly offer a window into an explosive combination of philosophical and political thoughts, and into the multilayered ways in which these inform his project praxis.
New York exhibitions _ All exhibitions _ Venice Biennale 20011 _ Venice Biennale 2007
StefanoMitrione.org | New York © Copyright 2004 - 2021 | New Media Artist | New Media Strategist | Reporter | Fotoreporter | Content and social editor | Venice Biennale 2007